In Ethiopia, the national stunting prevalence and number of stunted children have decreased consistently since 2000. We compare regional differences and temporal patterns in stunting with large-scale program coverage to identify where and when programs may have led to reductions in stunting. Data from three national demographic and health surveys and population statistics illustrate, at the regional level, where andwhen the prevalence and number of stunted children changed since 2000.Reports from large-scale nutrition and health programs were used to identify ecologic associations between geographic program coverage and reductions in stunting. From 2000 to 2005, the decline in the national stunting prevalence was mainly a result of reductions in Oromiya, SNNP and Tigray. Few nutrition programs had high coverage during this time, and economic growth may have contributed to stunting reduction by increasing household wealth and investments in sanitation. From 2005 to 2011, declines in stunting prevalence in Amhara, SNNP, Somali and Oromiya were largely responsible for national reductions. Numerous programs were implemented at scale and could have plausibly improved stunting. While ecologic relationships suggest that economic growth and large-scale programs may have contributed to the reduction in stunting in Ethiopia, stunting did not decrease in all regions despite increased program coverage expansion of the health system. 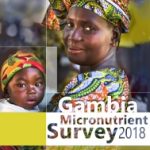 Assessing the Coverage of Biofortified Foods: Development and Testing of Methods and Indicators in Musanze, Rwanda

National Prevalence of Micronutrient Deficiencies, Anaemia, Genetic Blood Disorders and Over- and Undernutrition in Omani Women of Reproductive Age and Preschool Children